Virginian, Keller Williams, released his first album in 1994, FREEK, and has since given each of his albums a single syllable title: BUZZ, SPUN, BREATHE, LOOP, LAUGH, HOME, DANCE, STAGE, GRASS, DREAM, TWELVE, LIVE, ODD, THIEF, KIDS, BASS, PICK, FUNK, VAPE, SYNC and RAW. Each title serves as a concise summation of the concept guiding each project and showcases Keller’s comprehensive and diverse musical endeavors. Keller’s collaborative and solo albums reflect his pursuit to create music that sounds like nothing else. Un-beholden to conventionalism, he seamlessly crosses genre boundaries. The end product is astounding and novel music that encompasses rock, jazz, funk and bluegrass, and always keeps the audience on their feet. Keller built his reputation initially on his engaging live performances, no two of which are ever alike. For most of his career he has performed solo. His stage shows are rooted around Keller singing his compositions and choice cover songs, while accompanying himself on acoustic guitar. The end result often leans toward a hybrid of alternative folk and groovy electronica, a genre Keller jokingly calls “acoustic dance music” or ADM.” Keller loves playing with a band however, and has created many band projects as a result; Grateful Grass, Keller & The Keels, Grateful Gospel, KWahtro, Keller and the Travelin’ McCourys and More Than A Little to name a few Keller can be found playing clubs and festivals around the U.S. with these projects throughout the year. 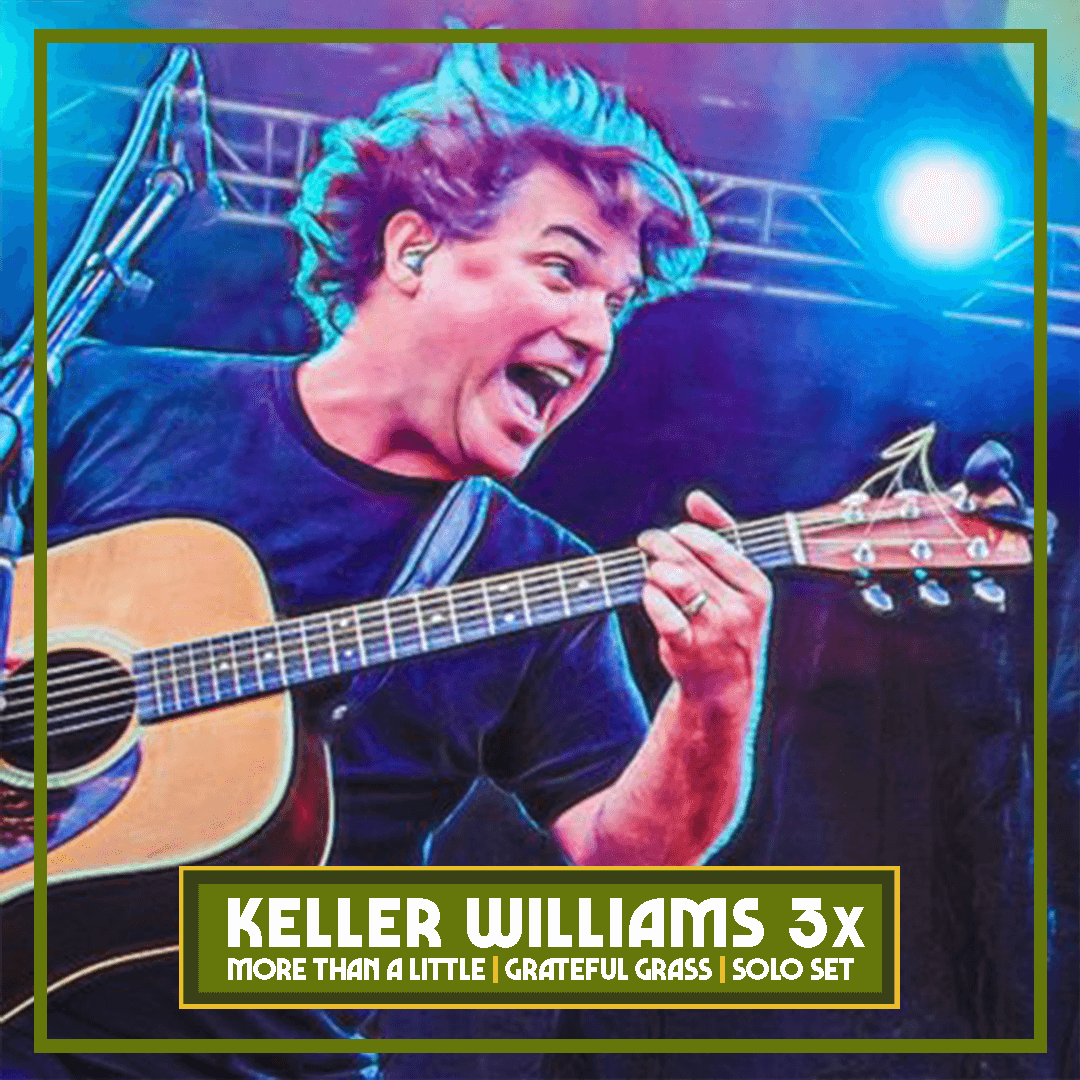