the end of 2017 saw the band welcome peter anspach on guitar and keyboard – a pivotal moment that solidified the group’s core lineup. months of relentless touring prepared them for a string of milestone festival performances during the summer of 2019, most notably defined by a storied performance at the peach music festival in scranton, pa. the band’s subsequent pro-shot video gained significant traction, highlighting the existing catalog of content compiled over the previous two years.

with increased buzz came increased demand. one by one, goose sold out each show of their fall 2019 headlining tour and sold out last minute performances at both bowery ballroom and music hall of williamsburg in january 2020.

due in part to goose’s penchant for improvisation, the band has successfully navigated the myriad challenges presented by the covid-19 pandemic. they produced a series of intimate virtual events, culminating in a universally acclaimed bingo tour. the interactive, two-week live streaming event featured four full concerts with setlists determined by the outcome of a live bingo game.

fall 2020 saw a welcome return to live performance with a slew of sold out drive-in shows throughout the northeast, midwest, and mid atlantic. propelled by seemingly unstoppable momentum, the band concluded the year with their sixth annual goosemas holiday concert, an epic live stream from a rooftop at rockefeller center.

shenanigans nite club, released in june 2021, encapsulates the band’s rise. the nine track project is an ode to oft-forgotten vestiges of goose’s experience, both personal and collective. bestowing deserved éclat on the emergent musicians, the album debuted at number one on billboard’s top new artist albums chart. the subsequent summer tour was highlighted by a pair of sold out shows at denver’s sculpture park, and fred: the festival, the band’s own weekend event at the lockn’ farm in virginia and most recently the announce of two nights at the legendary radio city and the band’s first arena show at the mohegan sun arena.

lately, if you blink you may miss goose fly by. attributing much of their success to a dedicated and exponentially expanding fan base, steady creative output, and a collective commitment to improvement, the band is now universally recognized as a premier musical act nationwide. dripfield, goose’s forthcoming studio offering, is a tale of introspection, carefully dissecting the details of the journey.

produced and engineered by d. james goodwin at the isokon in woodstock, ny, dripfield is the band’s first full-length project completed exclusively with an executive producer. known for his unconventional recording style and eclectic equipment collection, goodwin guided goose through an entirely new process of album creation.

undoubtedly the product of multiple sold out concerts and consistent recording and songwriting, dripfield is anchored by the theme of balance. fittingly, the project features a mix of unheard originals and re-imagined catalog staples. 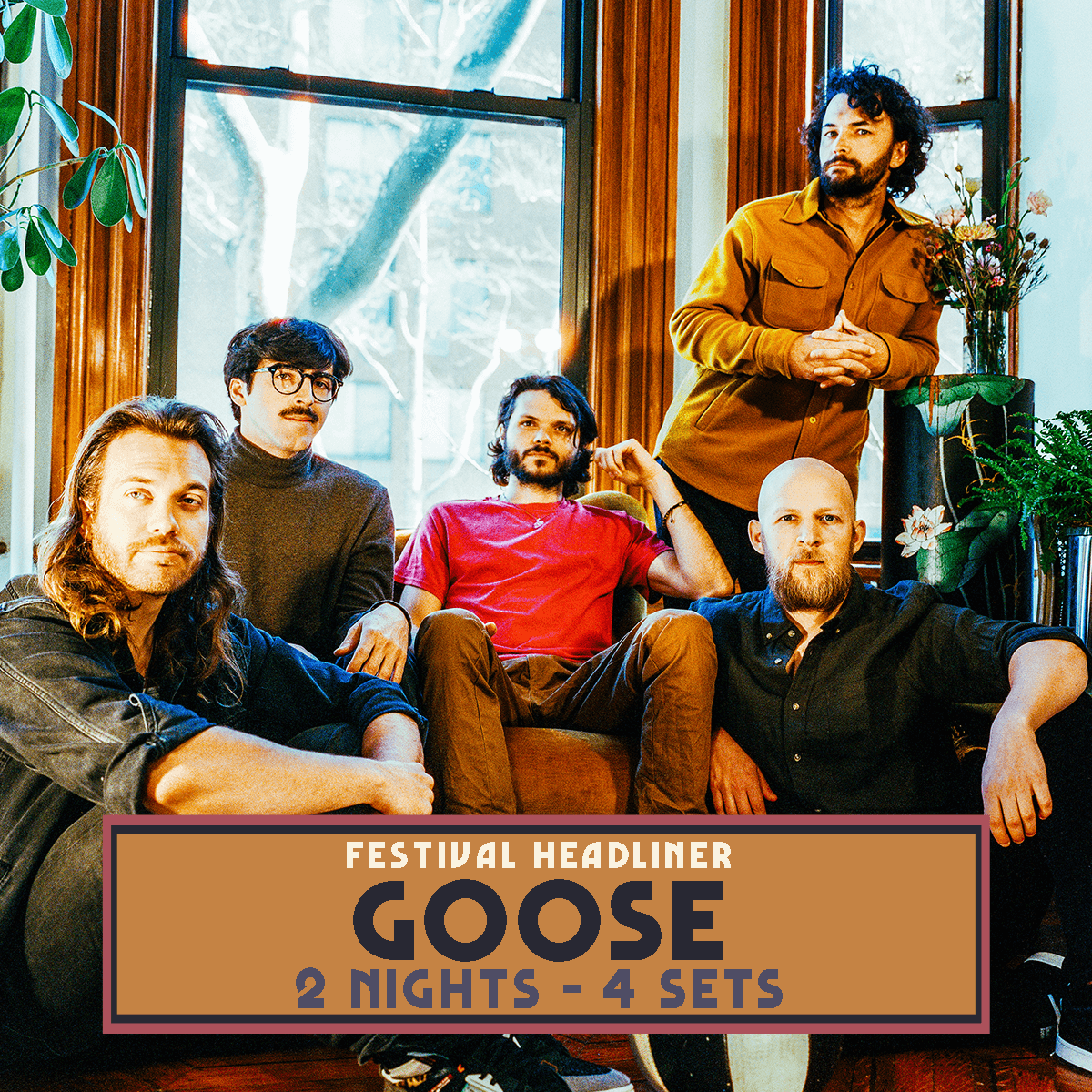