Ernie Johnson From Detroit is the self-titled first full length LP from the 10-piece afrobeat/funk juggernaut based in Cincinnati, OH. The album was recorded to tape at Cyberteknics in Dayton, OH and mixed by the Grammy award-winning engineer/producer, Russell Elevado (D’Angelo, The Roots, Lettuce, Kamasi Washington). It was released in June 2018 to critical acclaim and has become a staple on independent radio stations in and around Cincinnati and Dayton. “Ernie Johnson From Detroit is a glorious representation of the band’s infectious mix of Funk grooves, Jazz flourishes and, most alluringly, hypnotic, percolating Afrobeat guitar and percussive pulsations, plus a sprinkling of various other influences. While the crafty, supple rhythms make up the music’s lifeblood, each player is crucial to the group’s vitality and effectiveness. The horns provided by Wayne Kilgard, Collin Thompson and Walt Azagba are like bold splashes of colors, while the deft keyboards of Aaron Holm (who also plays trumpet) provide further shadows and shading.” – Mike Breen (City Beat)

Beginning in December of 2015, EJFD has always embraced a DIY attitude and work ethic, self-producing and releasing two EP’s within their first two years as a band. Starting out as a 6-piece band, and quickly adding keyboards, trumpet, and percussion, EJFD has exploded onto the Cincinnati live music scene, selling out venues across the city. Their smooth blend of afrobeat, funk, and jazz has garnered them praise from critics and musicians alike, in a city known more for indie rock, folk, and bluegrass music. In 2017, EJFD was nominated for their first Cincinnati Entertainment Award for the best Funk/Soul/R&B band. In 2018, they were nominated again for best Funk/Soul/R&B, but this time adding a nomination for the Best Live Act, solidifying their spot in the city’s bustling live music scene. Adding yet another nomination in 2019 for best Funk/Soul/R&B. Clad in black jumpsuits, donned with all kinds of patches custom to each musician, they resemble a team more than just a collection of guys playing music. Their live shows are usually high-energy, infectious dance parties, with the band playing for as long as 3 hours at a time. After throwing numerous, self-produced parties with the Cincinnati art collective, BUNK News (lights, projections, album artwork), including NYE shows every year since their beginning, EJFD unveiled their flagship event in 2018, Ernie Johnson From Detroit presents: Pelicans on the Breeze. The 1st Annual Ohio River Boat Cruise took place in September 2018 to massive acclaim from the sellout crowd. The smashing success of this 1st annual boat cruise paved the way for their landmark sellout of The Belle of Cincinnati for their second annual Pelicans on the Breeze 2: Booze Control, held on a beautiful night in August 2019. 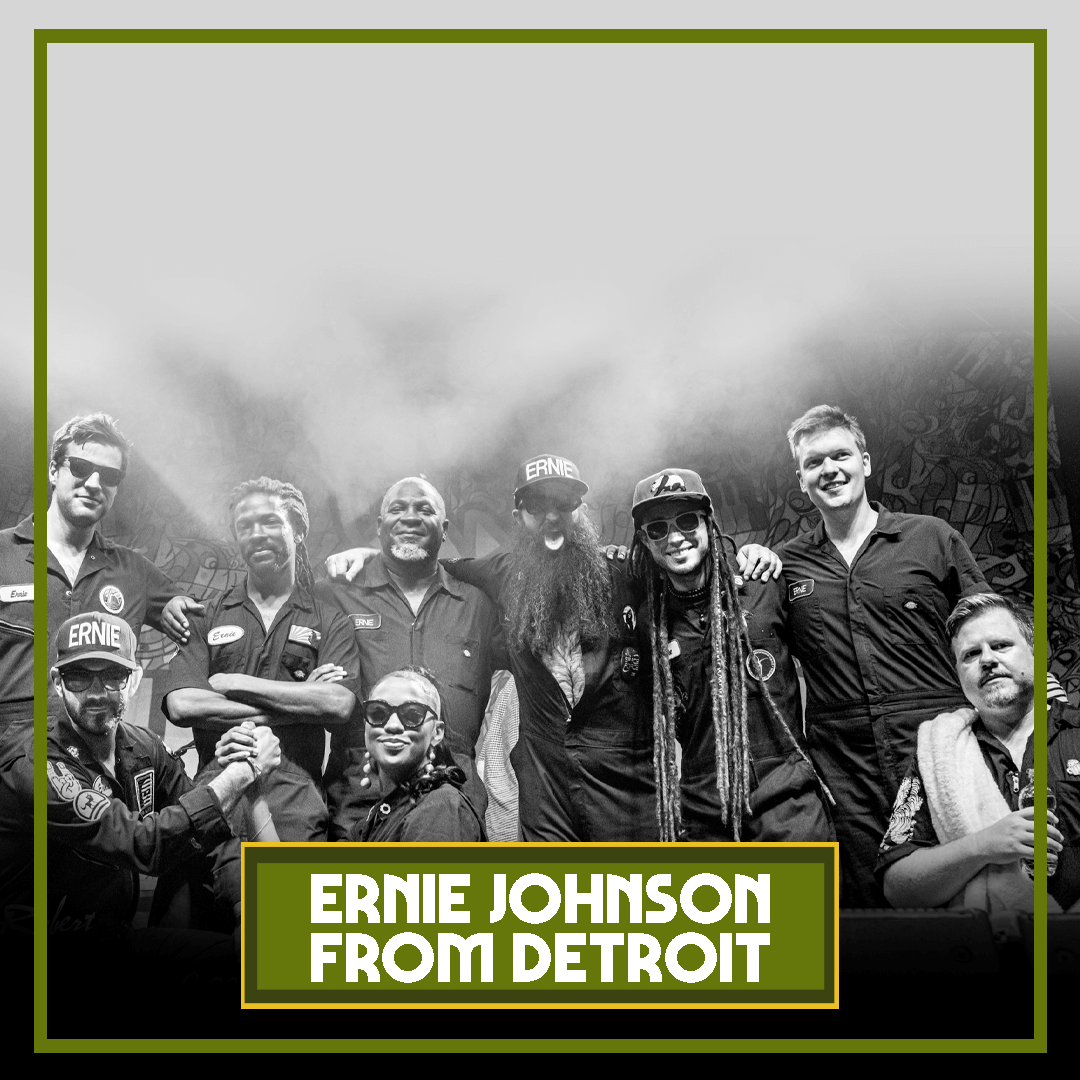